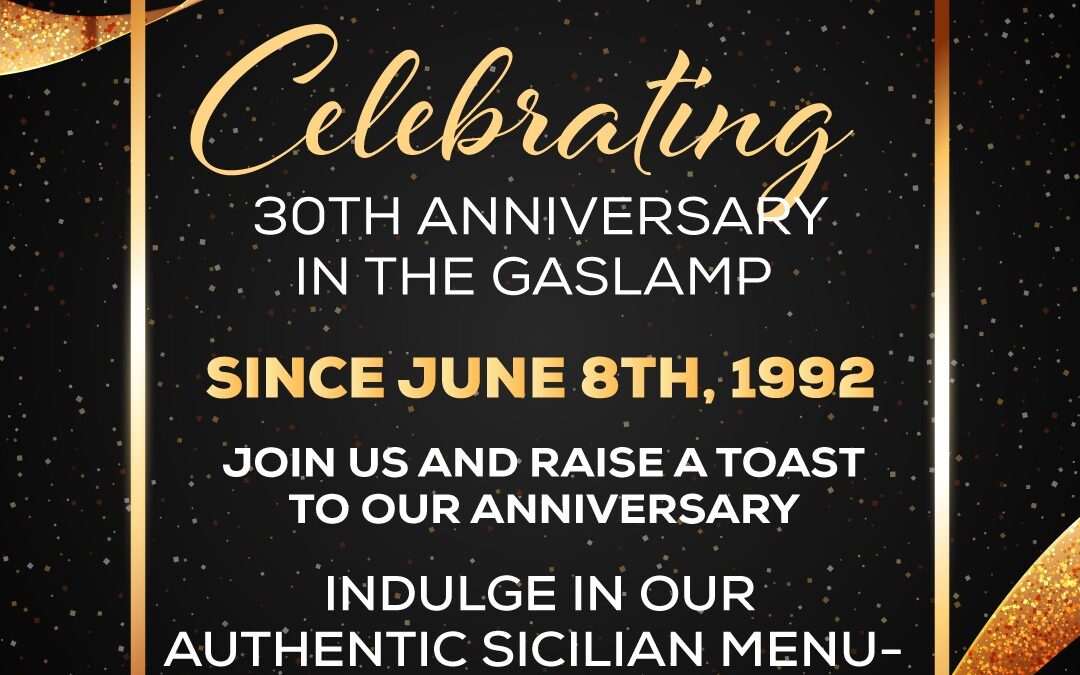 Osteria Panevino brings the rustic Italian appeal with a modern day approach to San Diego, California. Panevino’s menu presents a diverse array of Italian favorites from cioppino livornese to Ossobuco. If you’re looking for somewhere to celebrate your anniversary, graduation, or simply for casual fine-dining, put Panevino at the top of your list.

Panevino translates to bread & wine, the two essentials of life that can bring everyone together at the dinner table. Dating back to June 8th, 1992, Chef Vincenzo Lo Verso and Alessandro Minutella traveled from Sicily to New Jersey in hopes of achieving their dreams; opening a distinctive and especial Italian cuisine restaurant that everyone will enjoy. Panevino ended up opening their doors right inside San Diego’s heart and soul; Gaslamp Quarter, where they built their restaurant from the ground up. Working endless nights, Panevino paved the way for culinary in downtown San Diego and the small family owned business became one of San Diego’s must visit restaurants.

Several years later, Vincenzo and Alessandro opened a variety of other restaurants in Gaslamp such as Greystone Prime Seafood and Steak, Osetra, Portobello, Saltwater, and Butcher’s Cut… it can be said the least that their restaurants are some of San Diego’s favorites.

Inspired by Sicilian traditional dishes, celebrate Panevino’s 30th anniversary today with a specialized Sicilian a la carte menu, featuring exclusive savory dishes such as thinly sliced stuffed swordfish and breadcrumbed boneless ribeye steak. Chef Vincenzo and Alessandro use their mother’s special family recipe, bringing Sicily to downtown San Diego. In addition to the remarkable menu created for today’s special celebration, exchange a penny for a champagne toast at the end of your meal and cheers with us to thirty years in business.

Panevino’s benevolent and charming staff will create a one-of-a-kind experience for their guests to make them feel like they’re a part of the family. The atmosphere of the restaurant derives from the uniqueness of flavorful dishes offered on our menu as well as the significance of bringing those you love together.

JOIN US FOR HAPPY HOUR

Available Sunday to Thursday from 4 – 6 PM